As a new parent, you spend a lot of time obsessing about sleep, primarily how to get more of that magic elixir. A few weeks back during a rare evening out (thanks to Alex for taking care of the baby and my friend Jo for having a birthday) I was talking to another parent about these first few weeks, months, “oh god please not years” of sleep deprivation. She pointed out that forcing prisoners to go without longer stretches of sleep (aka the magical 4 hours needed for a cycle of REM) is an actual form of torture and can lead to a lack of mental functioning similar to intoxication.

The first five weeks – To be honest I am not really sure how we survived this, but Olav spent this period of time refusing to sleep on anything that wasn’t a human and with no real sense of day and night. So Alex and I spent our time in 2-3 hour shifts around the clock. Fortunately both of us were off of work AND we had friends and family nearby who would sometimes take an evening shift or early morning shift which allowed us some much needed breaks.

The introduction of the rocker – Starting at around five weeks, Olav finally discovered that he liked the rock and play. And glory be, so did we. This was our first adventure in all three of us sleeping at the same time and it felt glorious. Nights were still pretty broken up by feedings and diaper changing, but the idea that we no longer needed to have either Alex or I awake at all times was tremendous.

Transition to the bassinet – About a week or two before I went to back to work (both Alex and I took 12 weeks off of work), we finally got up the nerve to go back less solid sleep and see if we could transition Olav out of his constantly rocking nighttime routine and into the world of non-moving flat surfaces. And Olav did surprisingly well. In fact this is where I started to get some of those first glorious stretches of 5 to 7 hours of uninterrupted sleep.

The first routine – Around 3 months, Olav had started to form a routine that was really working for us. Down to sleep around 9pm or 10pm, up for the first feed at around 3am, sometimes even as late as 4 or 5am, then back down for an hour or two before up for the day. While that wasn’t as early a bedtime as I would have liked, that made for some pretty bearable nights that included that golden 5 to 7 hour stretch of uninterrupted sleep.

The four month sleep regression – Starting around 2 (or 3?) weeks ago, Olav decided to do what babies do and regress! According to my extensive googling and reading of sleep books, this is a stage that all babies go through when they transition from newborn sleep habits to the sleep cycles they will continue to have for the rest of their lives. Unfortunately for Olav (and me!), this means he needs to relearn how to put himself to sleep. So far, with a few exceptions, Olav has been failing at this task. Our new reality looks like this:

Since all of these wakings are responded to with nursing, there is little Alex can do, so while he would love to help, most of these nighttime wake-ups are responded to by me. Which means I am back to that blurry tortured world of intoxicated sleep deprivation. Although unlike those first five weeks, I am still expected to show up for work every day and function like a real adult.

Now I didn’t intend for this post to be a whine fest about how tired I am, just a window into my reality at the moment. The good news is that so far I am doing a pretty decent job of reminding myself that this is just a phase. And if I have learned anything over the past 5 months is that most phases of parenting are short, or at least shorter than you realize. And second, despite the drunken torture that Olav is inflicting, he remains a fantastic lovable and adorable baby. There continue to be so many amazing moments to savor where I am oh so glad I get to be this little one’s mama. 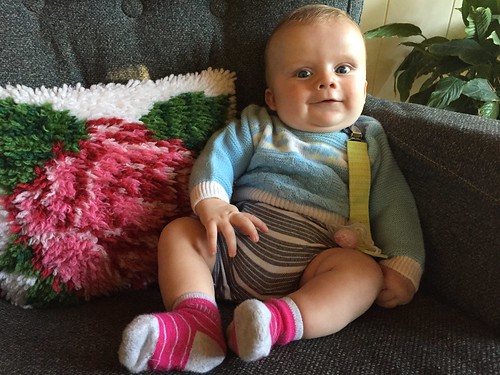 *Not his real name, but one that was on our list of finalists

So what started as a desire to organize my personal Google Drive files (who doesn’t love the chance to add a little file management fun into their lives!), led me down the path of a folder entitled Rough Drafts. Which is where all of my blog posts from the past 4 years (yep almost 4 whole years have gone by since I last blathered about into the world) have lived and died. Reading through some of those made me nostalgic, which made me curious, which eventually, after some googling of wordpress login sites, made me dust off my blog and hit the new post button.

For most of my life I have always felt like pretty much the same person. Yes my location, friendships, career, level of knowledge, appearance, etc have all changed, I have long felt like the difference between me and my 16 or 25 year old selves was not that huge. That despite the learning and maturing, some core part of me remained untouched, essentially the same, basically the same version of Abby. However today as a 34 year old, reading these posts from my twenties and early thirties, I feel like I am on the other side of a chasm.

During my twenties, of which I spent the majority of the decade single, I used to say I didn’t need to find a special someone immediately, I just wanted to know if that would happen. I felt that I would only truly enjoy my singleness if I knew whether or not it would one day end. Of course, I didn’t get that piece of knowledge and had to live my life one day at a time, which meant that I struggled to truly appreciate the freedom (and yes even the loneliness) that comes with singleness. Meeting, dating and eventually marrying Alex was a wonderful journey, one that shed light on both my previous reality of singleness and the new lessons of life as a part of a couple. But I can say even that big life change didn’t alter my sense that I remained essentially myself. It wasn’t until this year that I feel like my outlook has fundamentally shifted.

Well, you may have already guessed what propelled me to this side of the chasm. This life of no free time, dependency, sleep deprivation and drool. Alex and I had a baby.

At some point during those first few weeks I tried to come up with analogy to describe being a new parent. And all I could come up with was the idea of being squeezed through a very adorable and cuddly meat grinder. All your old preferences, tolerances, and limits get mangled and changed when faced with the idea that this tiny little lump needs you and your love constantly in order to grow and develop. Seeing as I am only 4 months into this, I am still not exactly sure what my new post meat grinder life will look like. Am I a fresh pork sausage, or perhaps a meatloaf surprise? Who am I as a mother? Where does that identity begin and end? What parts of my life will eventually return and what parts are forever changed?

As I said on Facebook when announcing my pregnancy, what has happened billions of times here on planet earth, still manages to feel unique and earth shattering when it happens to you. Becoming a mother feels like the first part of my life that has intrinsically changed who I am. I am not better or worse for having gone through this experience*, I am just different. 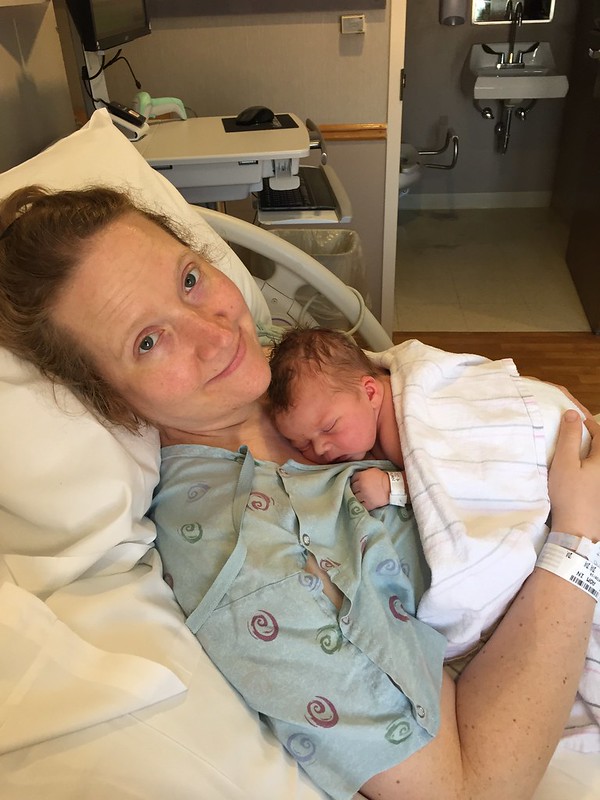 *I remain very committed to the idea that, like marriage, parenthood is not a requirement for individuals to live fulfilling lives!

Some Photos I Took

What I wrote before now